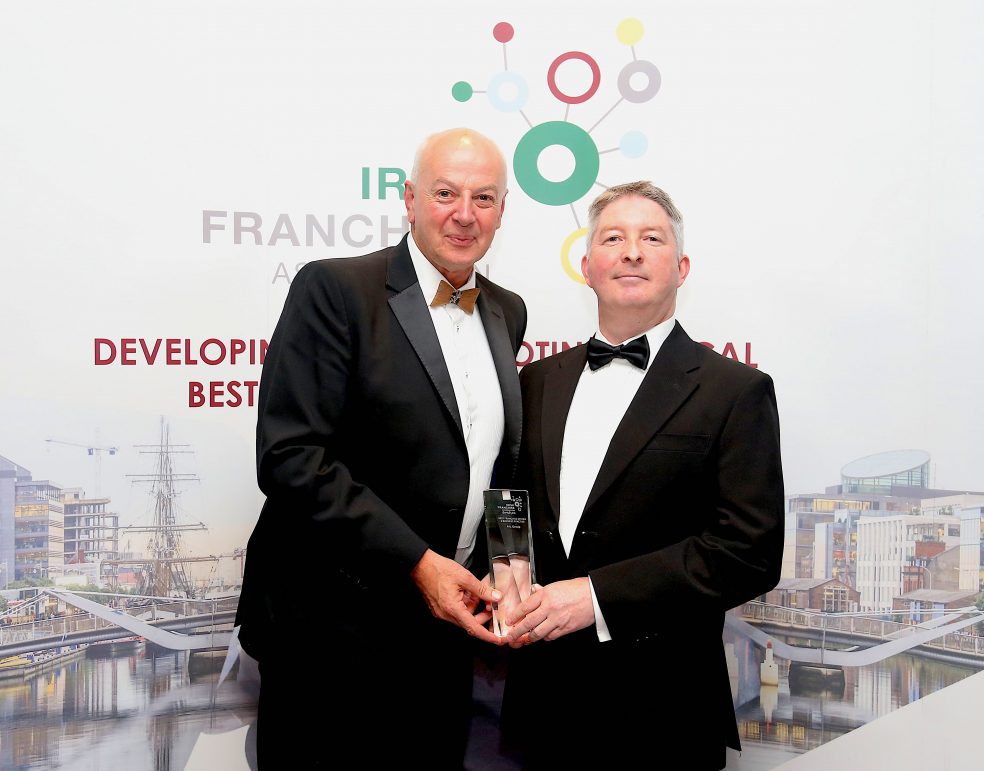 We are delighted to announce that the AIL Group has been awarded ‘Best Franchise System & Business Practice 2018’  by the Irish Franchise Association at their award ceremony on Friday, September 28th at the Clontarf Castle in Dublin.

The AIL Group, which operates the three quick service brands, Abrakebabra, Bagel Factory and O’Briens Cafe won the prestigious award for its extensive Operations and Franchise Support Systems, which have been key to each of their brands success and continued performance.

The awards, in association with MFV Expositions, recognise excellence in franchising and reward the outstanding achievements of businesses and individuals in the franchise industry.  The evening was hosted by Shane Coleman of Newstalk’s ‘Newstalk Breakfast’ show and was filled with heady anticipation as many familiar faces from the world of franchising were entertained the talented mariachi band, Viva Manilla as they waited for the final results to be announced and bespoke crystal awards to be presented.